Drug abuse is one of the costliest and most prevalent health issues faced by society. Drugs, both legal and illegal, are unfortunately a common part of life, and most people will come face to face with the results of drugs, whether through their own use or that of someone they know.

Drug use creates changes in the brain which create pleasurable experiences for the drug user, creating a state of being commonly known as "getting high". While the exact feeling of a drug high differs depending on the drug and the physiology of the user, almost all drugs involve the brain's "reward system", creating incentives for habitual use that often result in addiction.

Addiction, a common consequence of drug use, is a physiological and psychological craving for a drug.

Typically, repeated exposures to a particular drug are required before addiction sets in, although addiction can begin in some individuals after just one use of a given drug. While some drugs are far more addictive than others, nearly all drugs have the potential to create addictive patterns of use.

It is estimated that drugs, both legal and illegal, incur costs numbering in the hundreds of billions every year related to crime, healthcare, and lost work productivity in the United States alone. Additionally, drug use is implicated in a vast range of health conditions, both physical and mental, and may be a causative factor in some cases.

Tobacco, for example, is shown to be a primary cause of conditions such as emphysema, lung cancer, and heart disease, among others, while illegal drugs, such as heroin, are often associated with HIV, given the frequency of intravenous injection of this drug.

While the word "drugs" typically brings to mind illegal substances such as heroin, cocaine, and LSD, the serious consequences of legal drugs, such as alcohol, tobacco, and prescription painkillers cannot be understated.

Alcohol and tobacco, despite being legal and easy to acquire by most adults, cost taxpayers over $500 million every year in costs related to healthcare and crime.

Further, controlled substances such as opioids and benzodiazepines have a high potential for abuse. Even a drug as seemingly benign as caffeine can have significant health implications, depending on the individual. Further, some illegal drugs, such as marijuana, LSD, and ketamine, are now believed to have far less addictive potential, and are even being researched for their potential medicinal benefits.

Given the serious consequences of drug abuse, it is important to seek treatment if you or a loved one is believed to be struggling with a substance, whether legal or illegal. Symptoms of drug abuse and addiction may include:

Likewise, you may notice signs and symptoms of drug use in others. These can include:

If you recognize symptoms of drug use and addiction in yourself or another, it is important to seek help from a qualified professional. Drug abuse rarely gets better on its own, and in fact, typically gets worse unless an outside party intervenes. 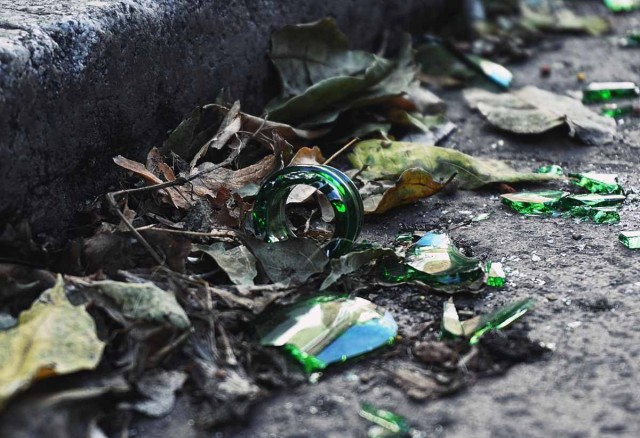 Drug abuse is a devastating problem that often hurts not just the drug user, but the people around them. Loved ones may be neglected or experience abuse at the hands of the drug user, while strangers may be at risk of physical harm from those under the influence of drugs, or seeking to secure a source of drugs.

Shame and guilt is often experienced by those who struggle with drug use, and the stigma associated with drug use remains a significant barrier for many to seeking proper treatment for their drug issues. Given the nature of drug abuse, however, intervention is crucial to breaking the substance's grip on the user.

If you've been struggling with drug abuse, whether legal or illegal, obvious or covert, there is help. It doesn't matter if you've used drugs 10 times or a thousand times. You can beat your struggle with drugs. At Overcomers Counseling, we provide discreet, compassionate support services to those struggling with drug use. Our qualified team is ready to help you overcome your dependence on drugs.

If you're ready to get started on your journey to recovery, send us an e-mail or leave us a call and speak with one of our team members. We're looking forward to meeting you.  Call 719-345-2424.

Understanding the Cost of Addiction