Self-injury is the act of intentionally harming oneself as a way of coping with pain.

Methods such as cutting and burning are the most common ways of committing self-injury, although excessive scratching and hitting oneself occur as well.

Self-injury is typically performed without the intention of committing suicide, although in some cases, death or serious injury may occur due to the damage inflicted by the patient. It is because of this risk that seeking treatment for self-injurious behavior is crucial.

Self-injury is one of the most stigmatized and misunderstood mental health issues an individual can struggle with. Loved ones of a patient who self-injures may not understand why the patient is hurting themselves, and this misunderstanding can lead to many false beliefs about self-injury. It is commonly believed, for example, that self-injury is a method of seeking attention.

This has been shown to be false in most cases, however-- more often than not, those who commit self-injury are greatly ashamed and self-conscious of their behavior, and will go to great lengths to hide their self-injury.

Self-injury is often enacted as a method of coping with emotional pain. While the precise motivations may vary from patient to patient, most who self-injure report that the act of harming themselves helps them to temporarily dissociate from the emotional pain they are enduring.

Self-injury is associated with a number of serious mental health conditions, such as depression, borderline personality disorder, eating disorders, autism-spectrum disorders, and bipolar disorder, among others. Given the varying causes of self-injurious behavior, it is vital that patients who are displaying self-harming behavior receive individualized treatment with a qualified mental health professional.

The most common type of self-inflicted injury is cutting or stabbing with a sharp object. It is estimated that over 80% of self-injury is performed in this way.

Patients who cut often do so on their arms and legs, and may begin to wear clothing that covers these parts of the body in order to hide the scars from their cutting sessions.

While cutting is by far the most popular method of self-injury, other forms occur as well. Patients who self-harm may further harm themselves by burning, ingesting toxic or poisonous substances, scratching oneself excessively, embedding objects into the muscles of their body, hair pulling, hitting or bruising oneself, or abusing drugs. Indeed, even forms of disordered eating, such as anorexia or bulimia, can be considered self-harming behavior.

Because of the great variety of self-injurious behavior, it is important to remain aware of the signs of self-harm. People who self-harm may display additional signs and symptoms, such as: 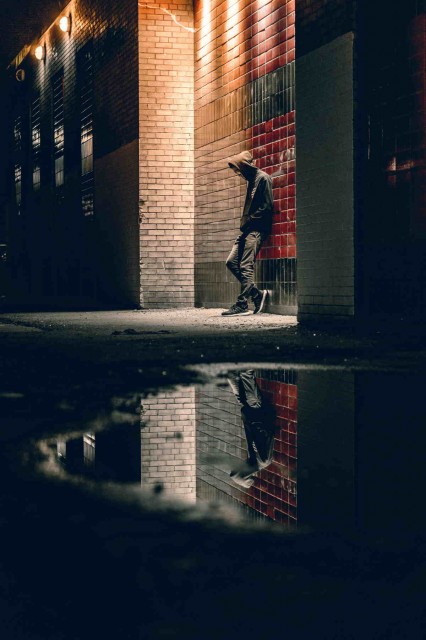 Self-injury is a serious mental health issue that can further result in serious injury or even death. Because of this, it is vital that those who self-injure seek treatment for their behavior. The shame and stigma associated with self-injury, as well as feelings of hopelessness about their situation, may prevent those who struggle with self-injury from reaching out.

If you are involved in self-injurious behavior, however, it is crucial to remember that your pain is NOT your fault. Self-injury is a coping method employed by those suffering from unbearable emotional pain. Patients who self-harm are not evil, crazy, or cruel-- they are sick, and need to be treated with compassion and respect.

Depending on the root causes of your self-harming behavior, treatment may involve talk therapy, medication, or some combination of the two. For illnesses such as bipolar disorder and depression, medications such as antidepressants and mood stabilizers may be necessary.

For others, such as those with borderline personality disorder, treatments such as dialectical behavioral therapy may be better options. Whichever treatment course is right for you, however, can only be determined by a qualified mental health professional.

If you have been suffering from self-harming behavior, we at Overcomers Counseling are prepared to help. We know the shame and fear associated with self-harm may be keeping you from reaching out, which is why we have developed a program dedicated to helping you recover with the compassion and dignity you deserve.  Call 719-345-2424.