Anxiety Attack vs. Panic Attack: How Can You Tell the Difference? Contrary to popular belief, anxiety attacks and panic attacks are not quite the same thing. Each differs somewhat in causes, symptoms, treatment, and prognosis, and understanding the difference between the two is important to anyone who may be fighting a battle with anxiety.

Although they are very similar, anxiety and panic attacks are distinct in their presentation, and many who struggle with anxiety find it difficult to tell the difference between the two. While many medical professionals use these terms interchangeably, there are, in fact, differences between the two, and determining which you may be struggling with is vital to getting the proper form of treatment.

Strictly speaking, an "anxiety attack" is not a recognized diagnosis.

Rather, "anxiety attack" is a colloquial term used for any form of acute feelings of anxiety that fails to reach the levels of intensity and terror that are associated with panic attacks.

Even the Diagnostic Statistical Manual of Mental Disorders (or DSM) fails to categorize "anxiety attack" as a discrete diagnosis.

Its closest equivalent in that resource is a limited-symptom attack, which is defined as being a "lower-scale, less comprehensive onset of panic symptoms, when a person feels 3 or less panic symptoms".

This is a good way to think of anxiety attacks in comparison to panic attacks-- less severe (although certainly still disturbing), less comprehensive, and typically shorter in duration than a full-blown panic attack.

Someone who is highly stressed at work, for example, may briefly experience symptoms of an anxiety attack, even without any previous history of anxiety or mental illness.

Panic attacks, on the other hand, often happen with no external trigger or warning, and are typically far more severe in their presentation.

Anxiety attacks are likewise not as commonly associated with the feelings of dread and terror that often accompany panic attacks. Symptoms are typically physical in nature, and may present as hot flashes, excessive sweating, trembling, a rapid heart rate, and irritability, among others.

While both anxiety attacks and panic attacks have some basis in genetics and family history, anxiety attacks tend to be determined more by environment and stressful circumstances than anything else.

Anxiety is a universal response in response to stressful stimuli-- it is only when anxiety interferes with day-to-day life that it can be considered a disorder. In the case of anxiety attacks, chronic exposure to stressful or anxiety-inducing stimuli create increasing feelings of tension and unease, which then, at some point, reach a "breaking point" in which feelings of anxiety create the symptoms associated with anxiety attacks.

While genetics may make individuals more susceptible to anxiety attacks, they are ultimately more a result of stressful stimuli. Other environmental factors, such as drug use and withdrawal, may play a factor in the development of anxiety attacks.

Panic attacks can occur out of the blue, at any time or place, without any warning, whereas anxiety attacks are typically associated with an identifiable trigger that causes such symptoms.

Panic attacks share some symptoms with anxiety attacks, such as:

but also typically include many more symptoms, such as:

and psychological symptoms, such as:

Panic attacks are a result of the body's "fight or flight" mechanism going into overdrive as a response to an imminent threat. In the case of a panic attack, however, the body misinterprets harmless stimuli as threatening, thus creating a confusing experience where terrifying physical symptoms are endured in the absence of any real danger.

Repeated exposure to panic attacks can leave an individual sensitized to panic symptoms, leading to even more panic attacks in the future. The "threshold" for panic gets lowered, so to speak. As a result, some people who experience panic attacks may avoid the places or situations where they have experienced panic attacks.

At its most debilitating, panic attacks can leave their victims in terror of even leaving their homes, effectively disabling them and limiting their social and professional opportunities.

Panic attacks bear many similarities to illnesses such as Post-Traumatic Stress Disorder, and indeed, panic attacks can result as a symptom of PTSD.  What's more, panic attacks themselves can cause PTSD itself, as a panic attack itself can be sufficiently traumatic for an individual to develop this disorder.

Anxiety attacks, in contrast, do not come with such a level of intensity, although they are often very distressing and uncomfortable.  Anxiety attacks typically have a slower build up as well, gaining in intensity over hours and eventually reaching a breaking point, whereas panic attacks tend to come out of nowhere with immense intensity and quickly taper off after 5-10 minutes.

Because of this difference, the treatment course for panic attacks is often more intensive and typically involves medication, at least in its initial phases, in order to provide effective treatment. 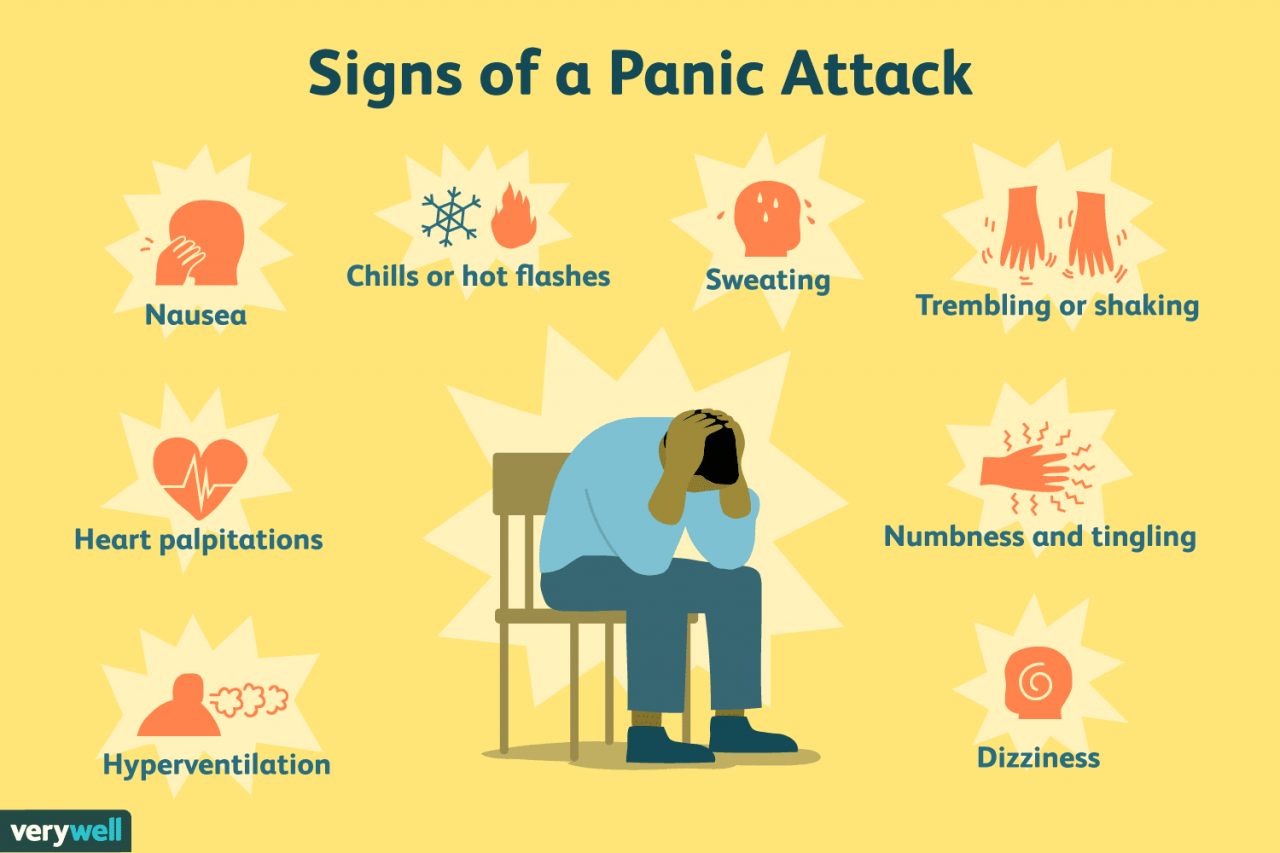 "Anxiety attacks" and "panic attacks" are two terms that are often used interchangeably, even by medical professionals, but the presentation of each is distinct enough that they can and should be thought of as different entities.

Anxiety attacks tend to be more environmentally induced and often crop up as a result of chronic exposure to stressful stimuli. Anxiety attacks can occur in anyone, even those who have never struggled with anxiety or mental illness in the past. When an individual undergoes too much overwhelming stress for too long a period of time, eventually they reach a "breaking point" and experience symptoms of an anxiety attack, which frequently include physical symptoms such as a fast heart rate, trembling, fatigue, excessive sweating, or dizziness.

Anxiety attacks are not a recognized diagnosis in and of themselves, but are rather a colloquial term used to describe limited-symptom attacks, which is described by the Diagnostic Statistical Manual of Mental Disorders as being a less severe (although not necessarily less disturbing) form of a full-blown panic attack.

Panic attacks, meanwhile, tend to be far more severe and present with a host of symptoms not seen in anxiety attacks.

While panic attacks share some symptoms with anxiety attacks, such as sweating, trembling, dizziness, and a rapid heart rate, they also typically present with other symptoms, such as shortness of breath, chest pains, tingling in the extremities or around the mouth, a feeling of impending doom or dread, a sense of being "unreal" or disconnected from reality, and a sensation of choking or that something is lodged in the throat, among others.

Panic attacks often come out of nowhere and peak within 5-10 minutes, unlike anxiety attacks, which often require a slower, gradual build-up. Panic attacks are often traumatic experiences for those who endure them, and may result in the patient avoiding situations or places where they may believe a panic attack may occur. At its worst, panic attacks are disabling, and some people who experience chronic panic attacks may be unable to leave their homes.

Panic attacks, likewise, appear to have a stronger genetic component implicated in their onset and prognosis than anxiety attacks do. Because of this, recommended courses of treatments are often more intensive, and may include the indefinite use of medication in order to keep panic attacks at bay.

Despite their differences, both panic attacks and anxiety attacks are rooted roughly in the same issues, and fortunately for those who experience them, have high rates of recovery and remission for those who seek proper forms of treatment.

Just as anxiety symptoms and causes differ from person to person, so do the necessary treatments for each respective individual. Because of this, seeking the help of a trained anxiety counselor professional is necessary for each and every person who struggles with anxiety, as no two treatment courses will be the same. While recovery is absolutely possible, it is very difficult for an individual to overcome both anxiety attacks and panic attacks on their own.

Tell us what you think, have we missed something? Have you suffered from an anxiety attack or panic attack? Let us know in the comments. 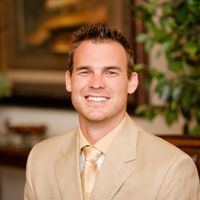 Garrett Luttman
View all posts
Garrett is the co-founder of Overcomers Counseling alongside his wife of 14 years, Jennifer Luttman, LPC (Licensed Professional Counselor). Garrett is a Christian minister of the Gospel at a local Colorado Springs church, The Master's House.  He is an entrepreneur with a passion for helping people achieve their goals spiritually and mentally.  Garrett works with amazing counselors at Overcomers Counseling including; Jennifer Luttman LPC, Margot Bean LCSW and Kate Hunt LCSW....